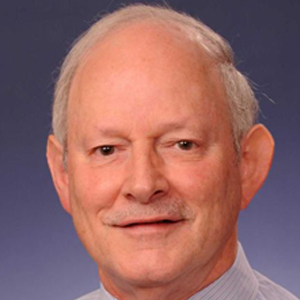 Ralph Holmes obtained a BSc in Physics from the University of Melbourne in 1967 and a PhD degree from the same university in 1972 for development of a new electron microscope system and its use in electron diffraction studies of the structure of barium titanate.

He joined CSIRO Mineral Physics in November 1971 to work on the application of nuclear techniques to the on-stream analysis of iron ore and subsequently other mineral commodities including coal. This precipitated a major involvement for Ralph in the sampling of mineral commodities, because of the need to calibrate on-stream analysers against accurate conventional analyses.

Ralph has developed a range of nuclear techniques for on-stream and bulk analysis of ores and coal.

He has also been involved for many years in the development of ISO and national standards for sampling mineral commodities and represents Australia at ISO meetings dealing with sampling of coal, iron ore and copper, lead, zinc and nickel ores, concentrates and smelter products.

He is currently Stream Leader, Carbon Steel, in the CSIRO Minerals Down Under National Research Flagship and is recognised throughout the Australian and overseas iron ore industries as an expert in iron ore processing and sampling.

Ralph has also been instrumental in initiating and growing CSIRO’s engagement with China and India in minerals R&D, and has facilitated relationship development between Australian iron ore producers and both Chinese and Indian R&D groups and steelmaking companies.

Ralph received a Clunies Ross National Science and Technology Award in 1998 and an inaugural Standards Award from Standards Australia in 1993 for his outstanding contributions to the development of mineral sampling standards.

He has published over 100 papers through international journals and conference proceedings and is the author or co-author of hundreds of limited-circulation reports to companies.

Ralph is a Fellow of the AusIMM (Chartered Professional – Metallurgy) and a Fellow of the Australian Institute of Physics. He is also a member of the International Mineral Processing Council (IMPC). Ralph is currently Chair of the International Standards Organisation (ISO) subcommittees ISO/TC 102/SC 1 and ISO/TC 27/SC 4, which are developing international standards for sampling iron ores and solid mineral fuels respectively, and Convener of ISO/TC 183/WG 9, which is developing international standards for sampling copper, lead, zinc and nickel ores, concentrates and smelter residues.